is part of the Informa Markets Division of Informa PLC

This site is operated by a business or businesses owned by Informa PLC and all copyright resides with them. Informa PLC's registered office is 5 Howick Place, London SW1P 1WG. Registered in England and Wales. Number 8860726.

Founded in 1899, the American Society of Landscape Architects (ASLA) is the professional association for landscape architects in the United States, representing more than 15,000 members.  The Society’s mission is to advance landscape architecture through advocacy, communication, education, and fellowship. Sustainability has been part of ASLA’s mission since its founding and is an overarching value that informs all of the Society’s programs and operations. ASLA has been a leader in demonstrating the benefits of green infrastructure and resilient development practices through the creation of its own green roof, co-development of the SITES® Rating System, and the creation of publicly-accessible sustainable design resources.

Readers tell us constantly that The Architect’s Newspaper is “essential,” “relevant,” “timely,” and “the only thing I read.” AN serves up news and inside reports to architects, designers, engineers, landscape architects, lighting designers, interior designers, academics, developers, contractors, and others interested in the built environment. Our magazine edition, AN Interior, offers an insider's look at stunning interior architecture projects. We explore buildings and installations created by and for architects. Plus, we share design events and exhibitions around the world, including exclusive previews and expert reviews. AN and AN Interior are must-reads for architecture and design professionals and fans alike. 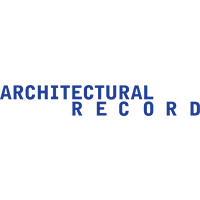 Architectural Record is the enduring leader in providing vital content to architects—design trends, new technologies and building products in the latest projects—and in the format and presentation they love. With over 125 years of intimate involvement in the profession, generations of advertisers and readers have recognized and benefited from Architectural Record's innovations. 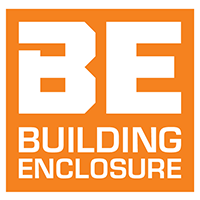 Building Enclosure covers the best architecture practices for the building envelope in the commercial and residential building & construction industry. Also covering the latest building codes and details, Building Enclosure strives to provide the crucial information you need for your business—when, how and where you want it. The digital magazine and our comprehensive website, combined with monthly CEU webinars live and on demand, provide an invaluable technical resource for engineers, architects, consultants and other professionals in the building industry.

The magazine for commercial and industrial coatings applicators, CoatingsPro offers an in-depth look at coatings based on case studies written from the applicator’s perspective. Each issue also features articles on successful business operation, new products, industry news, and the safe and profitable use of coatings and equipment.

CONCRETE CONSTRUCTION (CC) magazine is the only magazine exclusively devoted to the world of concrete. CC provides the information needed to be more successful in the concrete construction business. From the technical side of materials and structures to the more subtle side of managing people and money, CC keeps its readers working more efficiently, safely and profitably.

Construction Canada delves into the intricacies of construction projects and building materials. It explores various design/construction challenges in an effort to give readers practical solutions to difficult problems. It is the official publication of Construction Specifications Canada (CSC)—an organization dedicated to improving project specifications and bringing together members of the built environment for the betterment of the construction industry.

The Construction Specifier is the only publication targeted to those professionals who select, recommend, or influence product purchasing decisions. It is the official magazine of CSI. The editorial focus of The Construction Specifier relates directly to the job functions of its core readership-professionals involved in the specification process. Readers rely on the magazine for the latest information on construction documentation, materials, and methods.

For over 50 years, Design Cost + Data magazine has published actual building construction costs submitted by architects and contractors nation wide. We believe there is nothing more reliable to base preliminary estimates of new construction than real, historical construction cost data. 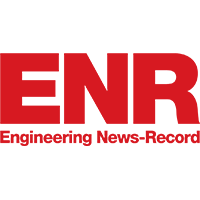 Engineering News-Record provides the engineering and construction news, analysis, commentary and data that construction industry professionals need to do their jobs more effectively. ENR reports on the top design firms, both architects and engineers, and the top construction companies as well as projects in the United States and around the world. Our products include a weekly magazine with more than 47,812 paid subscribers, a website with over 196,000 unique visitors a month and a series of in-person events. The audience includes contractors, project owners, engineers, architects, government regulators and industry suppliers—many of whom work globally. ENR connects diverse sectors of the industry with coverage that everyone needs about issues such as business management, design, construction methods, technology, safety, law, legislation, environment and labor.

FCIA is a worldwide professional trade association of Contractors, Manufacturers, Consultants, Distributors, and Manufacturer Representatives dedicated to the installation and maintenance of life-safety firestop systems.

FCIA Member Contractors are committed to providing consistent, high-quality firestop systems as a critical part of effective compartmentation through the ‘DIIM’ of Firestopping.  Through this professional commitment to fire- and life-safety, Member Contractors bring considerable value to their customers by enhancing public safety and property protection.  Consult an FCIA Contractor Member to learn about requirements for maintaining fire-resistance in existing buildings using the required ‘inventory’ and annual, visual inspection.

Life Safety Digest, The Magazine of Effective Compartmentation, is a quarterly publication for professionals who want to learn about fire-resistance-rated and smoke-resistance-rated construction for improved installed fire- and life-safety systems.  The magazine also explores in detail the ‘DIIM’ – ‘D’esign, ‘I’nstallation, ‘I’nspection and ‘M’aintenance/’M’anagement – of Firestopping and Effective Compartmentation.

gb&d is the leading source for sustainable building solutions. Our award-winning print magazine combines captivating editorial with exquisite design to create an unparalleled level of quality. Our website, mobile app, and digital edition offer extensive reach to a targeted audience. As a trusted source for the world's top architects, builders, and developers, gb&d showcases projects, products, and trends vital for building a more sustainable world. 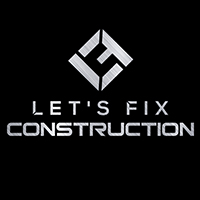 What started over a casual conversation on August 15, 2016 has turned into a website featuring solution-based articles contributed by dozens of AEC industry professionals, a podcast and live workshops and education delivered across the United States and most recently, Canada.

Self-funded and self-founded by Eric D. Lussier of Precision Athletic Surfaces of Vermont and Cherise Lakeside, Specifier for LSW Architects of Vancouver, Washington, they decided to do more than just gripe about the issues plaguing AEC. Their joint effort is to improve the image of our industry by tackling the problems that we face daily.

LFC offers a free medium to share construction industry knowledge on their flagship blog to any writer that would like to contribute an article.  The necessity to confront construction concerns face-to-face led to the original ‘Let’s Fix Construction’ workshop, which made its debut in July 2017, just before appearing at CONSTRUCT in Providence, Rhode Island in September.

Coupled with ‘She’s a Specifier, He’s a Product Rep: Different Roles, Same Goals’, ‘Specs 101’, ‘Social Media & the AEC Industry’ and more, Eric and Cherise have presented in Arlington, VA, Las Vegas, Biloxi, MS, Frisco, TX and Edmonton, Alberta, among other locations since CONSTRUCT 2017.  Next up is an appearance at the 2018 AIA Conference on Architecture in New York City in June.

The lack of proper training and educational offerings for building product marketers, including architectural specification knowledge, is one of the next items to be tackled by Eric and Cherise. Should you wish to help Let’s Fix Construction dot com on their Total World Domination mission or want to host a workshop, drop them a message at [email protected]

Founded in the mid-1950s, Masonry is the go-to source for mason contractors on the latest within the industry. Distributed by the Mason Contractors Association of America, the monthly Masonry integrates traditional print initiatives with social media, newsletter, video and digital campaigns. Primarily, Masonry serves as a trusted advocate for the industry in addition to keeping readers informed.

Metal Architecture is the leading authority on the use of metal in architectural applications and building design, educating architects, design professionals and engineers engaged in new construction, retrofit, renovation and modernization of buildings. 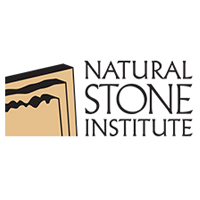 The Natural Stone Institute is a trade association representing every aspect of the natural stone industry. The association offers a wide array of technical and training resources, professional development opportunities, regulatory advocacy, and networking events. Two prominent publications—the Dimension Stone Design Manual and Building Stone Magazine—raise awareness within the natural stone industry and in the design community for best practices and uses of natural stone.

PRISM Sustainability in the Built Environment disseminates the latest in sustainable building design and materials in an online bimonthly publication and daily website. Editorial transcends the typical definition of ‘green’ to illuminate the essence of sustainability throughout the entire life cycle of the architectural built environment.

Retrofit is a print and online publication dedicated to providing the information, tools, and insight to help building professionals-architects, contractors, remodelers, facility managers, renovate existing commercial and institutional structures into cost-effective, energy-efficient spaces that meet the dynamic needs of today’s owners and tenants.

Roofing Contractor is the premier magazine for roofing contractors. Each month, relevant information on the latest trends in the roofing industry, safety, business and legal concerns is addressed. Our editorial reaches a national audience and covers all aspects of residential, commercial, industrial and institutional roofing.

CONSTRUCT is an AEC educational program and exhibition that has the goal of bringing together the different disciplines within the construction industry to help improve the future of the built environment.

CONSTRUCT provides a platform for exploring and refining innovative solutions to solve complex problems facing the AEC industry today.  During the three-day educational program and two-day expo, industry leaders converge with a common goal of educating and inspiring for the betterment of the industry.